Lévis also had 200 militia cavalry accompanying his army but they did not take part in the battle.
N.B.: All regular battalions had been reorganised during the winter 1759-60 and 3 companies of militia were now attached to each battalion. These mixed battalions were drilled to fight in 6 ranks.
N.B.: in his relation of the battle Lévis pretends that, because of the numerous detachments he had already, his army counted only 5,000 men when it deployed on the battlefield. He also mentions that the Indians did not take part into the action but rather retired into the woods. Finally, he indicates that among his 5,000 men, 1,400 (La Reine Brigade and his cavalry) did not take part in the battle.
autre source pour les nombres d'hommes :
http://en.wikipedia.org/wiki/Battle_of_Sainte-Foy 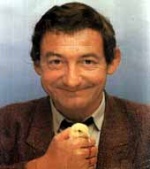